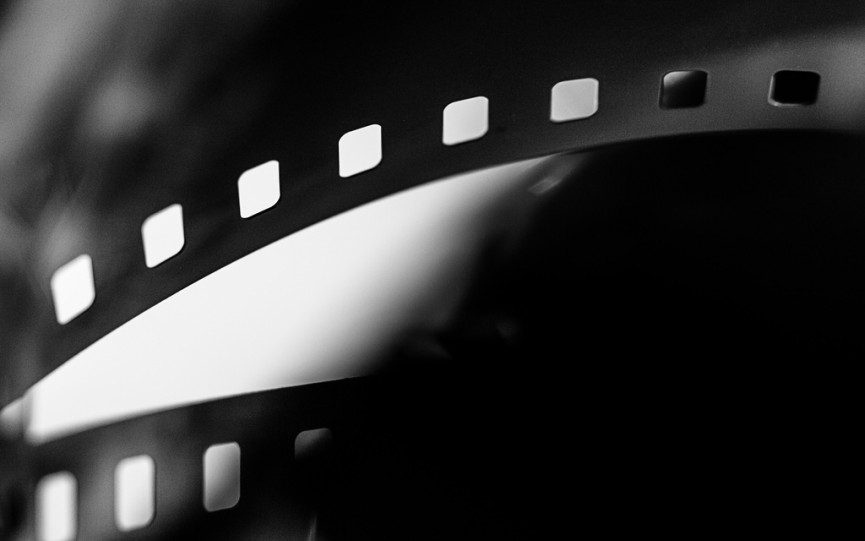 I apologize to my German readers, but this essay is in English. 😉 It’s also a bit theoretical or may even be boring, if you don’t know either [amazon_link id=“0415253977″ target=“_blank“ ]Understanding Media[/amazon_link] by Marshall McLuhan or the documentary Side-by-Side produced by Keanu Reeves which both ignited this stream of thought. I highly recommend to read and watch them, then come back here. I’ll even embed the trailer, just for you. *g*

If that doesn’t stop you, here we go. Lots of text from now on…

Just a few days ago I finished my seminar on Marshall McLuhan’s book Understanding Media. I read it with undergraduate students in our media literacy course, two to three chapters per week, letting somebody presents on the chapters read each week and then discussing (or trying to discuss) with them what they have read and did or did not understand. McLuhan is hard for many reasons. First it was an English book for German students which is not easy to begin with. Then there are lots of references to English literature because McLuhan started out studying literature long before he got into other media and gets most of his ideas from there or expresses them through literature references. And on top of that some of his ideas are bold, fuzzy and also inconsistent to a degree, to say the least.
Now one of his most popular concepts on media is the distinction of hot and cold media. Hot Media means the medium has high definition and thereby doesn’t invite for deep participation. It also means one of the senses is used intensely thereby unbalancing what McLuhan obviously sees as an equilibrium of perception. Examples for this are the book, the radio (although in his description on the radio he kind of suggests it could also be a cold medium), photography, or film. Cold media on the opposite side are low in resolution, do not focus on one sense only and thereby invite or even demand participation by the consumer to fill in the gaps. Examples for this cited by McLuhan are Comics, the paperback book (!) or television. Now I got the impression that my students (and me too, at first) had a hard time understanding the reason for film being a hot medium and television being cold. Today you can of course watch movies on television all the time. But that’s only the first part of the setup to this article.

The second part is a documentary on the effect of digital technology on the art of film called „Side by Side“. It basically has Keanu Reeves (in countless different outfits and hair dresses) interviewing and talking to many of the big people in the american film industry, directors like David Fincher, David Lynch, Ridley Scott, Robert Rodriguez, Lars von Trier, Scorsese, Nolan… (you name them) and cinematographers like Michael Ballhaus, Michael Chapman, David Tattersall, Vittorio Storaro… (this list also goes on) about what their take is on the digitization (and thereby implied extinction) of physical film in film art. Now this tries to paint a historical perspective of the actual advent of digital technology while arguing about the pros and cons, although you might argue that the perspective is rather centered on the american film industry.

Now if you argue about the resolution, it’s obvious that the chemical process just by design does create images of higher resolution than digital CCD chips, as the former knows no pixels while the latter always comes with a preset maximum of them. At least it used to be this way. SD was 720×540, HD (or rather Full HD) is at 1920×1080 and the next step was 4K which is the resolution modern HD cameras operate at. And this may go on. Now, as resolution increases it technically gets closer to the image produced in the chemical process. But does that mean the medium starts to become hotter? McLuhan actually touches on that subject when he writes about the television:

„If anybody were to ask whether all this would change if technology stepped up the character of the TV image to movie data level, one could only counter by inquiring, „Could we alter a cartoon by adding details of perspective and light and shade?“ The answer is „Yes,“ only it would then no longer be a cartoon. Nor would „improved“ TV be television. The TV image is now a mosaic mesh of light and dark spots which a movie shot never is, even when the quality of the movie image is very poor.“ (McLuhan, Understanding Media (Routledge Classics 2001), chapter „Television – The Timid Giant„, p. 342)

However with traditional film magazines a movie has to be fragmented (usually into shots), as only a maximum of 10 minutes of consecutive film („bursts of film“) can be shot before you have to stop to change the magazine. Fragmentation is an aspect that McLuhan strongly associates with the mechanical world (basically everything since the Gutenberg press until the rise of electricity) which he characterizes as specialized, explosive and centralized. So film in this understanding is a fragmented medium with specialized workers (usually departments nowadays) working basically on an assembly line. One could argue that this is different for independent film but it’s certainly true for big mainstream productions. So in the present form film has to be hot by dictate of the printing press, as McLuhan would argue. Modern digital cameras could change that. By power of LAN cable the fragmentation could be made expendable, although of course it would need a comparable effort at the organizational end of the other departments (lighting, sound etc.) to get rid of the shot or the sequence. We might never get there. We might not want to.

But resolution is not the only aspect to McLuhan definition of hotness. It’s also about the format. Feature films as a format have certain common specifications and a specific production process that is necessary because so many artists are involved in the making of the final product over a long period of time, as I already pointed out. TV works in a similar fashion but knows different formats and involves much smaller crews and limited time frames. The typical made for TV movie is quite different to a film for cinema. So there still seem to be differences. But will they remain? Most TV channels exist because of ads which are shown in between the regular program. We wouldn’t accept that in cinemas, unless it’s product placement. Some might argue that indeed the ads are the program casually interrupted by shows and news. So TV always was a mosaic of different formats like documentaries, game shows, news (a function it took over from the cinema btw.) and so on with space for the ads. Cinema today exists only for films. And those mostly are feature films (with the occasional documentary thrown in). TV has Saturday Night Live, and live sports and other events which are broadcasted (basically) just as they happen in realtime. Films always are prepared and refined for periods of time (usually years) before they are released (or rather they escape, hence the title of an Star Wars Ep. 2 documentary). If they were performed live they’d be called theatre. And everybody knows how a film experience on television can be ruined by the commercial breaks put right where the cliffhanger would be resolved. TV shows have adapted and even embraced those disruptions as stylistic devices. With film on TV the format does not fit the medium very well. And it probably never will. Therefore although movies do look better on modern HDTV (the technology), they are still not made for TV (the broadcasting part). Note that all of this is true regardless of content.

And according to „Side-by-Side“ there is this ambiguous development that makes movies available on small screens of smartphones, tablets and laptops, on demand via live streaming rather than on carrier media. Some directors love it (but maybe that’s money talking) and some insist on the movie being made specifically for the big screen. I guess what the documentary argues for, and I would see evidence for this in the argument McLuhan makes, is that film is drastically changed by digital (< electric) technology to a degree where one could ask, if it’s still film (especially if there no longer is actual film involved). The impact of digital on the already electric (and cool) medium of television is quite low in comparison. Interactive television has failed many times afaik and with McLuhan you could argue that participation is already high and does not really evolve with digital feedback that much. You can not just add a feedback channel to television, a new hybrid medium is necessary based on newer technologies. Say hello to YouTube and Vimeo, which are of course early versions of what might become a new medium. It doesn’t even have to have a name just yet we will still recognize in 10 years.

This might not make as much sense as I believe it does but the fact remains that obviously the media are changing and new media evolve, changing those already in existence. Obviously we don’t bother with looking for new names for new things too much. But having read McLuhan he emphasizes that the character and properties of a medium might change noticeably and we then have a different medium (although we might prefer to stick with an established name). The most impressive idea I took away is that „the content of every medium is another medium“. This is a powerful plea for hybrid media constructs like we continue to encounter them today. And of course this implies growing complexity. The differentiation of hot and cold media might not hold up but we still need to look at formal aspects, which are not limited to technology, and what their effects might be.

I’ll be more than happy to discuss these thoughts down in the comments or really anywhere else. 😉