I think I liked this one slightly better than the first one, but there are still plot holes the size of tree roots IMHO (or humpback whales if that’s more appropriate). There’s also an equal number of stereotypes and clichés paraded throughout the pi… 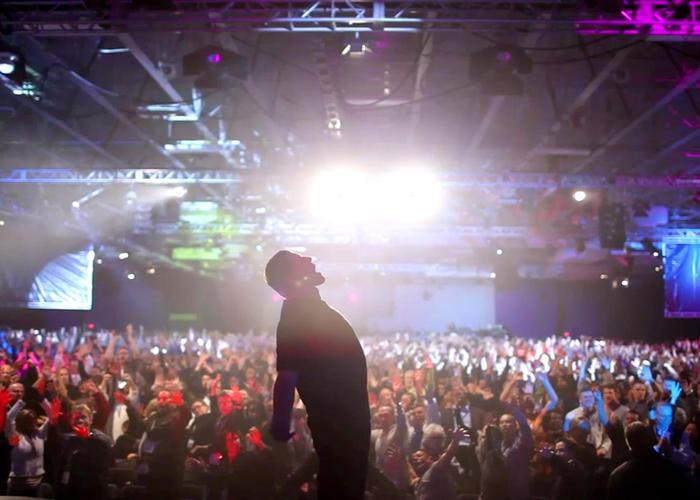 I saw the TED talk by Tony Robbins and did not know him before then. It was an impressive talk, but it also seemed a little weird. Now I’ve seen this documentary I find those two feelings remain, just clearer then before. The movie shows Robbins duri… 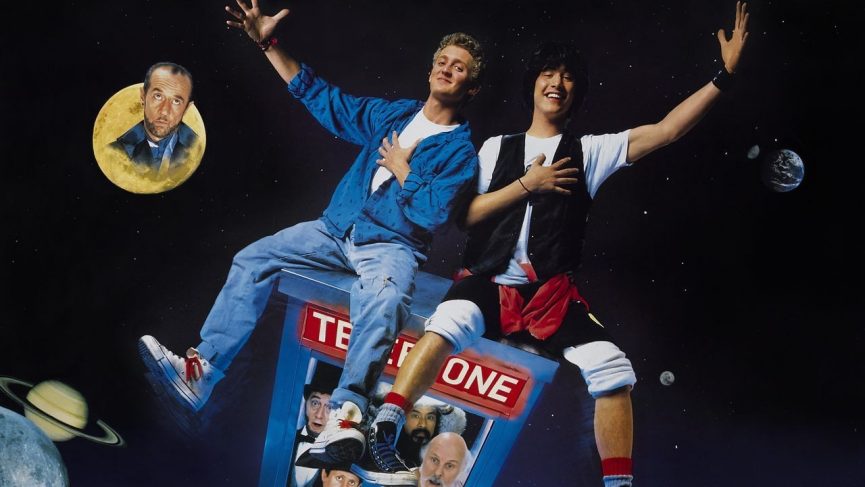 Bill (Alex Winter) and Ted (Keanu Reeves) are two high school kids living in San Dimas, California. They also want to play in their rock band “The Wyld Stallyns”. They are also not very bright and might fail their history course which would mean havi… 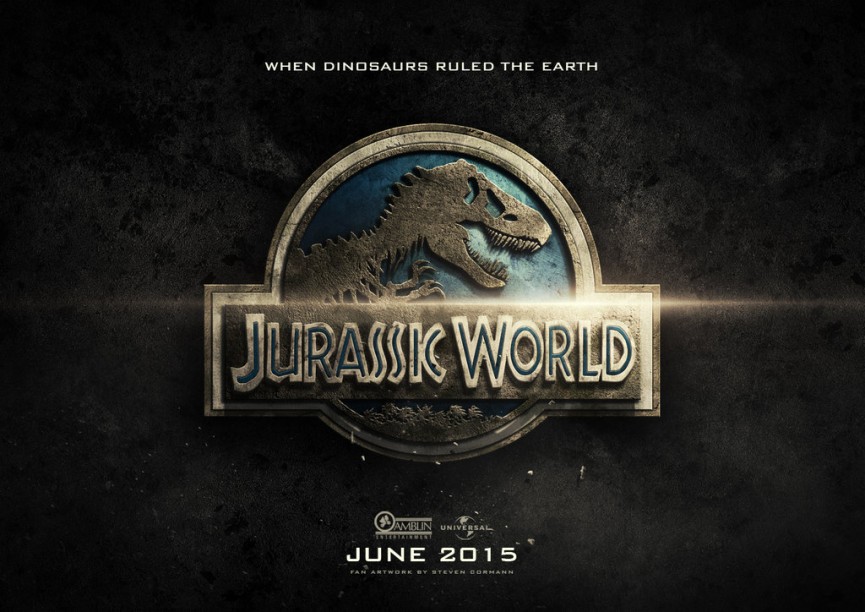 This review may contain spoilers. It’s always a bad sign if you think about what your comments could be while you’re still watching the film. I saw it on 2D bluray, so once again, the 3D effects are totally lost on me. I’m afraid this must be the mos… 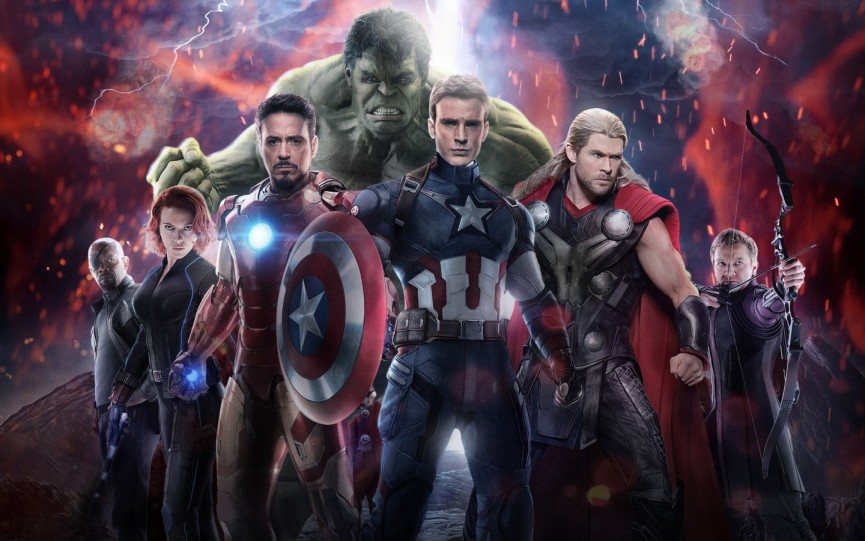 I’ve probably seen most of the MCU Movies but also I’ve seen most of them exclusively at home. I love movies about superheroes in general, and I totally get the economic and artistic reasons for trying to recreate what comic books have done for decad… 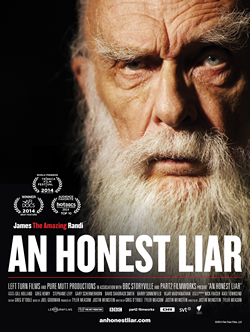 I expected a rather straight forward film about the life of James Randi, a famous american magician, and his fight against people who are in the field of purposefully deceiving crowds (usually for money) which is in itself an exciting topic. But it’s… 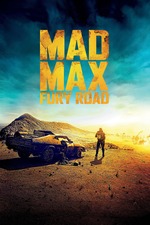 This review reportedly contains spoilers. If you think there are no real action flicks around nowadays, this one may help you change your mind. If you know the earlier installments of the series you might realize there are some connections but actual…

This review reportedly contains spoilers. If you liked “Kick-Ass” you might also like… I haven’t read the comic and didn’t know a lot about the movie except for a few reviews. Quick story: After his father dies at the end of his qualification for t… 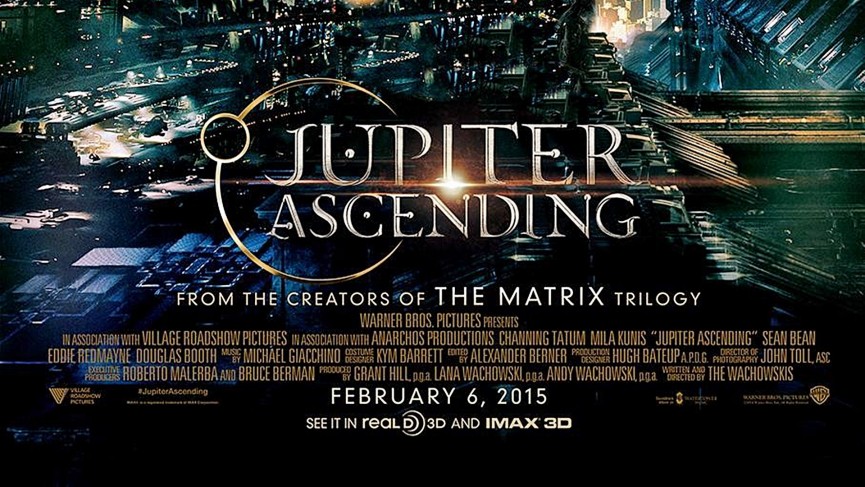 Well, the rumors are true. This is not a masterpiece. 😉 Seriously, this is fun to watch once, but not that great a movie. The story of a russian immigrant girl in Chicago who cleans toilets with her mum and doesn’t really have anything (including luck with men and a telescope like her father used to have) which then becomes a reborn space princess who inherits earth and is caught in between a family feud couldn’t be more ‘out of space’. But it could have been a better story with characters you actually care for and less cliché-d plotpoints.
What the movie does – well – kind of great is action sequences and visual effects. The ships look very cool. The 3D is quite good. It doesn’t really look like anything you might have seen in a modern scifi flick and I admire that work, it is grand in scale and, just like Star Wars, does a great job in coming up with different environments and gadgets especially for fights and extended shooting sequences on earth and in space. But once those are done you realise that thick layers of exposition are ruthlessly dropped onto the audience to drive a really meaningless plot that doesn’t create anythign coherent. There are twists and turns, but nothing really works and sometimes all this feels like taken from a bad guide book to writing a screenplay. And you never really get to know the main characters which – unsurprisingly – meet and fall in love for no apparent reason and none of them develops to any noticeable degree. The “Matrix-arc” of the heroine is obvious but it’s nothing you really care about and she never gets a real payoff (unlike Neo did). Standard damsel-in-distress, but she gets new shoes in the final scene. Everything else: Quite repetitive.
Plus, none of the more interesting parts of the story get a real explanation, like: How is the magical substance that drives the stellar economy created from people? (Soylent Green? Spice?) Is it controlled by only one family? Why are humans not grown in a more Matrix-like, space-efficient fashion? Why is everybody so afraid of Jupiter Jones? Because she controls bees? And why can she be an heir of house Abrasax on the same level as the actual children without being a child of their mother or being even remotely related? And is she named after the German band of the same name?
But (perhaps only after Brazil, Hitchhiker’s Guide and The Twelve Tasks of Asterix) this movie has one of the best enactments of bureaucratic idiocy ever put on film and it fittingly features Terry Gilliam. There’s half a star only for this.
There’s worse movies to waste popcorn on but this not only lacks the depth of the Matrix movies (Sorry, you’ll always be compared with those) it also lacks basic screenplay skills. 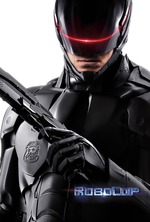 Did we need a remake of Robocop? Well, at least it’s not the most obvious choice but then again it seems like every movie ever done is one the tables of hollywood executives. The story of Police Officer Murphy who is almost killed on duty and then mo…