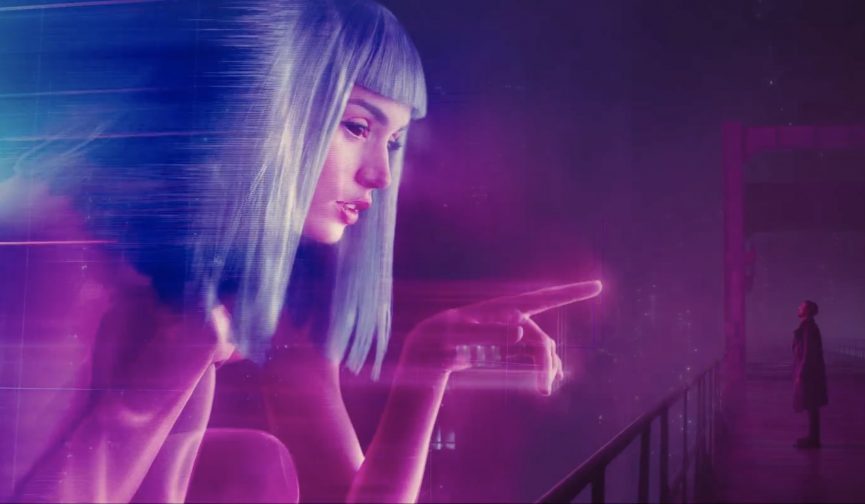 This review is based on my slightly shorter review on letterboxd. Because the movie has been out for a while there is no spoiler-free section here, but I have not touched on any of the surprising plot points in detail, so you should be fine.

If there was only one definite transformative movie of the 1980s that’s considered a cult classic and has defined a look that became synonymous with a whole genre then it’s probably Blade Runner. I’ve been busy with Blade Runner numerous times throughout the years (like in this German review, e.g. or my pretty old fansite). There had been rumors about a sequel to that movie on and off, actually there was a sequel in the form of a video game that brought a lot of the original spirit to the PC in 1997. There were two recut releases of the movie too, the director’s cut and the definitive final cut . An illustrious story to say the least, well documented across the internet, in books and hours and hours of documentary film. Yet it seems it took a general wave of remakes and sequels to 1980s films for Blade Runner to see the big screen again.

25 years after the first movie (directed by Ridley Scott in 1982) Denis Villeneuve presents us with a second act in the story that really was only meant to be a Film Noir detective story set in the future but accidentally defined the idea of cyberpunk for all the movies that came after it. Scott produces it, Hampton Fancher again worked on the screenplay and some of the characters, notably Harrison Ford as Deckard, reprise their roles from the original movie. Especially Ford may come as surprise, since – if you believe the lore and legend – he did not have the time of his life on the set of Blade Runner.
The story is much more complex this time: K, played by Ryan Gosling, is a Blade Runner hunting down old Nexus-type replicants while being a new Nexus model himself, of which he is fully aware. And so is his environment. Those old manufactured slaves that were build for work in the off-world colonies don’t obey their creators by design,Â unlike the newest models available. After retiring another client he finds bones of a female replicant that seemed to have had a child prior to her death. The hunt begins for that child, which to some could mean the end off an enslaved race and for others would create a much-needed quicker way to breed slaves. K finds himself in the middle of that hunt while also trying to cope with his own existence that he begins to question when he realizes his dreams he thought were artificial implants did actually occur to someone…

The story is compelling in many the same ways that the original was, and beyond that. It doesn’t really bother with answering too many of the questions from the original movie and rather adds layers to the original mystery. Is Deckard a replicant? It remains unclear, but either option implies a completely new set of motivations and possible interpretations of the film. What happened to the world in the first place and in the 30 years since the first film? Certain aspects are touched upon, and we get to see a wider variety of glimpses of the reality that is 2049 in the Blade Runner universe, that seems to be build out of remains of the 20th century. Yet there is no wide-angled back-story laid out at any point of the film and lots to be filled in by the viewership. Maybe that is the reason why, as with the first movie, there is great variety in the interpretations. Be it the role of women portrayed against their male counterparts or the general subject of reproduction and reproductive rights, many of the issues seem to go deep with people, along with the whole quest for identity and inherently human qualities that was the core of the first movie as well as it’s source, the book Do androids dream of electric sheep by Philip K. Dick.

The presentation is in fact stunning, visually for sure (I haven’t seen it in 3D mind you) but especially the sound design and music is well worthy of the legacy if not even a tad better. As visible in almost any stills the movie works with intense colors against the usual dark, rainy and cloudy background that Blade Runner made famous. The look achieved is kinda different from the original but not less intriguing. It also uses holographically generated visuals quite a lot, e.g. the character of Joi that acts like a partner and female sidekick to K. So while the technical quality in some ways excels what was possible in 1982, the use of CGI and digital effects seems to be very much in tone with the original look and feel.

Without spoiling anything fun, this is not an action-packed movie, nor is it fast paced like one could expect from the trailer (see below). It is however also not defying an audience the need to understand what’s going on like the original movie did at times when delivering it’s somehow straight-forward plot. There are questions left open, and not every plot point seems logical, but I dare you to notice that while you watch it. There are twists and turns as well, maybe not the kind that make you gasp audibly, but they’re not predictable either. The characters all are a treat, with no notable exceptions. The settings are varied and new while still keeping the tone of the original. E.g. the hotel and casino (seemingly in Las Vegas) that Deckard hides in is portrayed in stunning detail, as is K’s apartment which is reminiscent of Deckard place in many ways.
So while the look may be gorgeous but not revolutionary any more, the combination of all those elements looks and feels great. And you may well be surprised that you just spent 163 min when you leave the cinema… Villeneuve did that good a job in my opinion.

The general reception seems to be pretty favorable, too. With a metascore of 81 and 87% on rottentomatoes, the movie only ranks a little lower than the original film (metascore 89 and 90% on rottentomatoes). The original movie wasn’t a big hit at the box office initially, Blade Runner 2049 so far grossed over 250 Mio. US Dollars (boxofficemojo Nov. 19th). Even if you had a hard time watching the original Blade Runner, this one is probably worth your time.Â So go and be ready to leave your seat astounded!