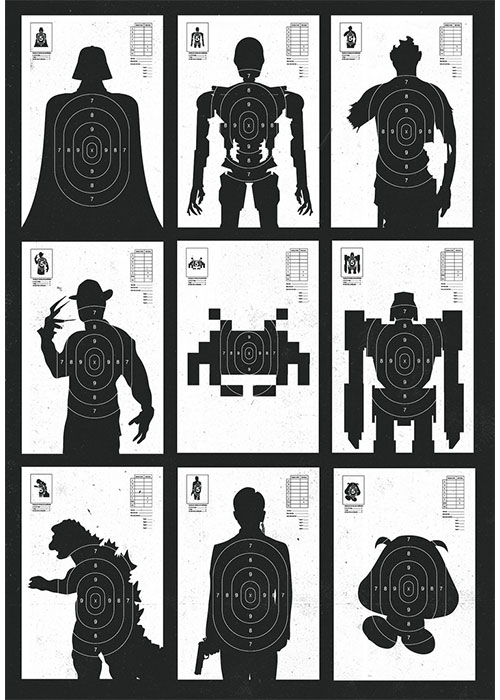 Villains from all walks of life are now in your crosshairs thanks to Olly Moss. This video game / film / comic piece is now on sale in print form at inPRNT.

Posted via email from senseless quickies